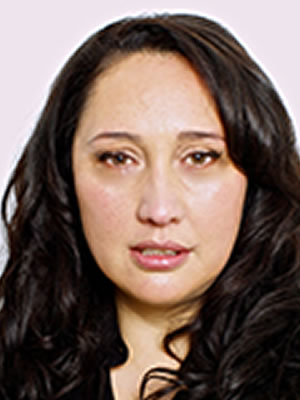 My position at Auckland University of Technology at Te Ara Poutama, Faculty of Māori and Indigenous development provides a pathway to generate excitement in students for learning about Māori media and culture by engaging directly with Māori music and media. I have only recently stepped up into a research-focused position. The result has been a deeper devotion to the development, revitalisation and self-determination of Te Ao Māori. My commitment to a Māori worldview has informed and underpins my PhD project, so that my practice-led research takes a reflection on and in practice approach within an overarching Mātauranga Māori paradigm.

My MPhil thesis (2014) examined the ways contemporary waiata can be composed, both musically and lyrically, as vehicles for exploring and expressing Māori cultural identity. As I begin to publish my research, I have been expanding my field of interest to the work of contemporary popular Māori women composers and performers from the late 1980s till now. I ask how their music, compositions and performances can be seen to contribute to the revitalisation of te reo Māori and Mātauranga Māori.

I am currently in my second year of a practice-led PhD, which considers audio portraiture as an expression of Māori women’s identity and culture. My passion for sound technology and production plays a significant role in this research and, as such, is feeding directly into the Soundculture and Sonic Practices paper I help create and convene as part of the new Master of Cultural and Creative Practices (AUT).

As a professional musician, composer and producer, I am perhaps best-known for composing the waiata ‘Kia tu mahea’ for the iconic film ‘Once Were Warriors’, and having been nominated in the Vodafone NZ music awards for Best Māori waiata for ‘Hei konei te wā o mua’ and Most promising female vocalist in the 1990s. My most recent album, ‘Chasing the Light’, was released by Warner Music NZ (2013). I continue to compose and produce music for television series, documentaries and short films, and for apps, like O-Tū-Kapua, and exhibitions, such as the Taipei artist exchange and the Matariki song cycles project. I am currently collaborating with Okāreka Dance Company and Exhale Dance Tribe (United States) as their music composer, and supervisor on the Hokioi/Wōhali project supported by Creative New Zealand.

Please view the introduction video of the IIRC20 online venue below

The conference organising committee and hosts Ngā Pae o te Māramatanga thank you all for joining and making the first online "Gathering of Indigenous Minds" a success.